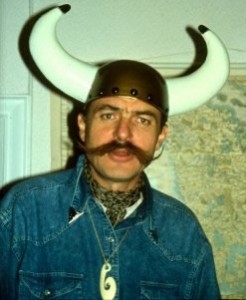 Co-Head of the Labex TULIP (Tulip)

Auto-replication is the essence of life. Reproduction implies the transmission of information across generations to allow the reconstruction of new individuals at every generation. Concepts of information are thus central to biology and in particular to the study of evolution. Today, the mainstream vision both among scientists and in the grand public, is that this trans-generationally transmitted information boils down to the sole information encoded in genes (ie in the DNA sequence). However, many fields of biology provide evidence that this genocentric vision of inheritance is no more tenable (Danchin et al. 2004, 2010, 2011). Hence, biology is currently undergoing a profound mutation leading to the emergence of the Inclusive Evolutionary Synthesis in place of the current Modern Synthesis of evolution that emerged in the middle of the 20th century when genetics merged with Darwinian natural selection approaches.

There are many forms of trans-generational information transfers. In particular, situations when information is extracted from older conspecifics can trigger information transfers across generations, thus leading to what is called Cultural transmission (Danchin et al. 2004, 2010, 2011; Danchin 2013). The essence of culture lies in the transmission of information across generations by purely social processes. Owing to several correcting processes such as conformism (ie behaving as the majority) among population variation can be liably transmitted across generations. Such variation then meets the three conditions that trigger evolution through natural selection: 1- Variation (cultural variation), 2- there can be a link between cultural variants and the fitness of individuals bearing that variant (selective pressure) and 3- variants are inherited by offspring (that is vertically). Consequently, cultural variation is open to cultural evolution by cultural selection in the same way as genetic variation is open to evolution through natural selection.